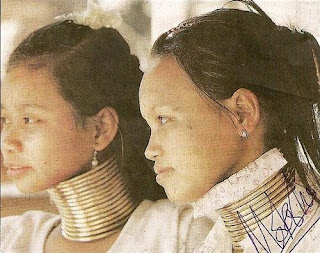 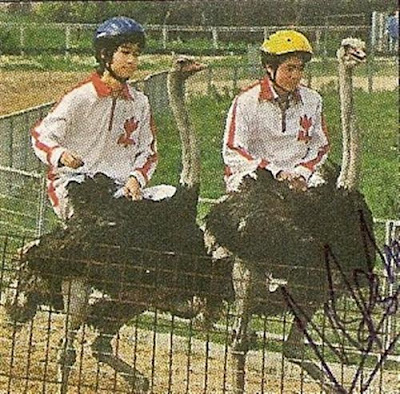 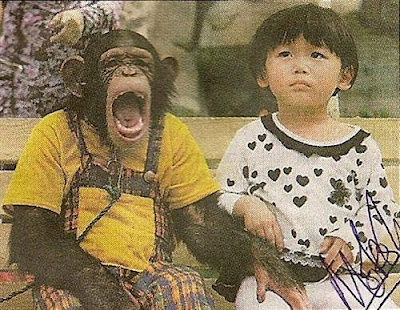 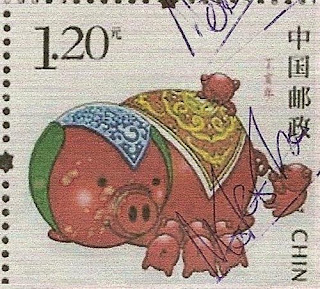 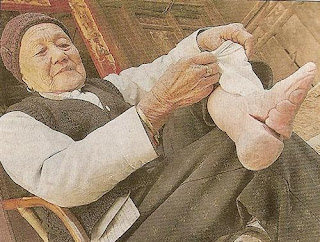 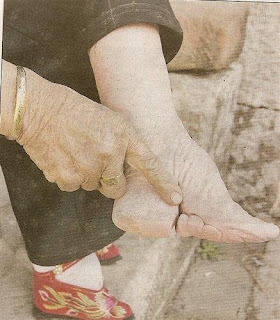 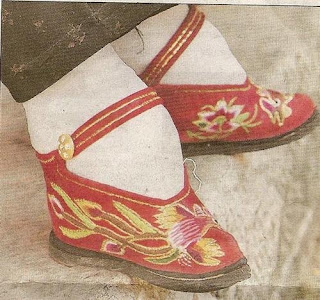 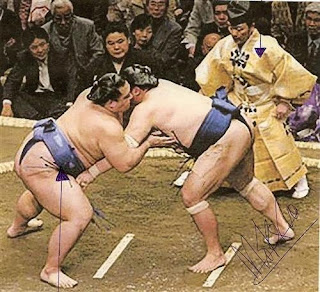 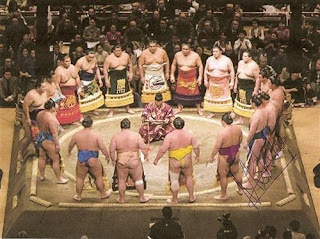 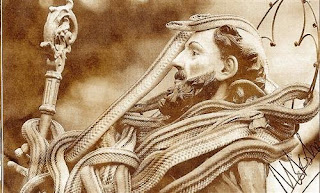 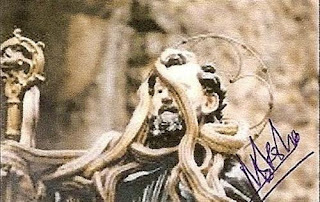 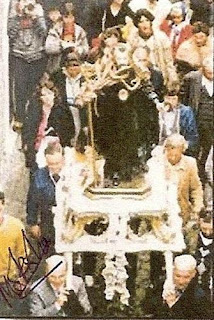 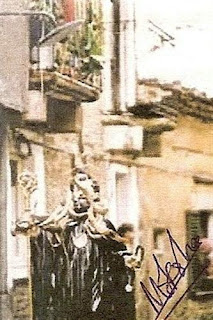 You must be wondering who is Saint Dominick & why he is Italian Lord Shiva ? but before revealing you his identity look at the photographs , the snakes in the photographs are real & are in thousands. Saint Dominick lived in 10th-11th centuries AD, he used to preach & carry out his ascetic practices in central Italy. Saint Dominik had cured several people who were bitten by snakes.He died on 22nd January 1031 & was buried in Sora. Every year on the First Thursday of May in Cocullo- which is in Italy , a procession is carried out .The procession is unique since the whole crowd is speechless & one can only hear the clicking of Cameras.It is said that the Saint Dominick's procession ' is the most frightening procession ' .

Thousands of snakes are brought to Cocullo where the procession will be carried out , before covering the statue of Saint Dominick the snakes are given milk & than the snake charmers place the poisonous snake on the statue than the statue is carried by the people & moved in Cocullo. The Italians carry out the procession inorder to protect the territory from the menace of Snakes .As the Italians strongly believe in the magical power of Saint Dominick.Thousand of tourist go to Cocullo to witness the amazing event every year.

Isn't Saint Dominick an Italian Lord Shiva ?
Posted by MOKSHA at 9:16 AM 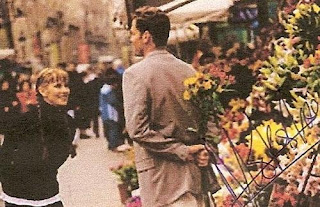 Valentine Day which is celebrated on 14th February has gained a special importance in the hearts of lovers from all over the world .However in the hearts of lovers from Barcelona ( capital of Calatonia ) 23rd April also occupy a similar position as Valentine Day In other words for Calalans ( Citizens of Catalonia ) 23rd April is the Lovers Day. Isn't interesting that Lovers from Barcelona get twice , the opportunity to express their love for each other ? We all know that Valentine Day is celebrated in the memory of Saint Valentine now it is my pleasure to elucidate on 23rd April as Lover's Day in Barcelona.

According to a legend a Saint named George ( Saint Jordi ) killed a Dragon who was about to devour a beautiful princess of Barcelona.When Saint George killed the Dragon a drop of blood spilled & a ROSE BUSH sprouted from the spilled blood of Dragon.From the Rose Bush the hero plucked the prettiest rose for the beautiful princess.Therefore from middle ages it is a tradition that lovers give roses on 23rd April in Barcelona .Thus 23rd April also marks Rose Festival in Barcelona. However from 1923 the significance of 23rd April was further enhanced as it was merged with the ' DAY OF BOOK '.The Day of the Book is celebrated to mark the simultaneous deaths of Miguel de Cervantes & William Shakespeare on 23rd April 1616 -the two are immortal for their contribution to literary field 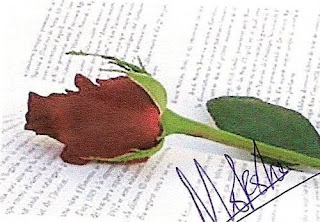 Thus in Barcelona males give roses to females & females gift a book in return on 23rd April to celebrate the lovers festival & the Book Day together . Isn't a unique way of enjoying the Grand Day ?
Posted by MOKSHA at 4:58 AM